Brazil: The True Causes of Newborn Microcephaly are Obvious

What are you thinking of when looking at this picture? Zika virus and the shocking cases of microcephaly in newborns in Brazil? Wrong guess-and yet right. We will explain why. 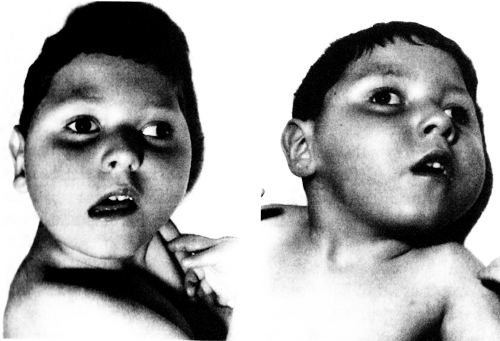 (Feb. 4th, 2016) These photographs of a boy (pointed out to us by a female reader) have been around for a few decades and can be found on page 285 in a classic of vaccination criticism: Immunisations – Fear Mongering for Profit (published by emu-verlag) by Dr Gerhard Buchwald, MD, who died a few years ago. With reference to these pictures Dr Buchwald writes:

“Alexander K.,born on 18.5.1983, had been immunised with a polyvalent (mixed ) vaccine (DPT ) on 22.9.1983. He sustained brain damage. Today he is blind and suffering from a most severe from of mental retardation and spastic paralysis of all four extremities. The brain CT scan showed an almost complete destruction of the cerebrum. An expert opinion which was acknowledging the facts debated whether the pertussis component of the vaccine had possibly lead to the activation of a herpes encephalitis.”

If you happen to have this book on your shelf at home look it up. Indeed we are dealing with a recognized injury from immunisation. Not from any immunisation but from the DPT triple vaccine against diphtheria, pertussis and tetanus.

The DPT vaccine is the precursor of the currently used vaccines against these three infections. The abbreviation is now called DTaP instead of DPT. The “a” stands for “acellular”. The pertussis fraction no longer consists of whole bacteria but only contains two cell wall components.

But the vaccine used today still contains the pertussis toxin. Pertussis toxin is a bacterial toxin suspected of causing the stimulation of the so-called TH1 reaction of the immune system and hence potentially provoking tissue rejection against the fetus.

The back then and today added booster agent aluminium hydroxide is believed to even boost the action of TH1 stimulators.

As already reported by us the Brazilian department of health had recommended vaccinating pregnant women with the trivalent DtaP vaccine BOOSTRIX by GlaxoSmithKline, manufactured under licence in Brazil, in October 2014. Seven months later a clustering of newborns with microcephaly attracted attention.

The main cause of these cases is very obvious to us: Vaccinations in pregnancy. This does not mean that other potential causes discussed on the internet such as pesticides and mosquitoes contaminated with pesticides could not have been detrimental contributing factors in some of the cases.

The widespread spraying of pesticides is counterproductive in any case, not only not solving the problem but - as seen before - aggravating it further. We might even see a real polio epidemic in Brazil as the symptoms of pesticide poisoning are indistinguishable from those of poliomyelitis.

And if polio cases will not be found to be on the increase because doctors fail to suspect polio in an inoculated population cases of encephalitis and meningitis will likely be diagnosed instead.

Perhaps a nationwide vaccination campaign against menigococci will be launched next. Whatever the outcome may be - the pharmaceutical industry will always be the winner. They are champions in transforming a disaster into additional profits.

By the way, vaccine manufacturers worldwide, also in Germany, are permitted to even blend highly toxic substances like mercury or aluminium compounds in their products without ever having had to submit clinical safety studies for these substances.

If you don't believe this ask your doctor or pharmacist. But they won't know either. Why don't you go and ask the licensing authority of your country? 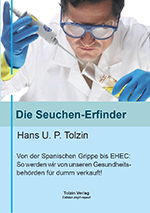 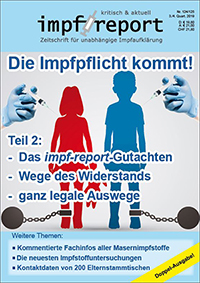 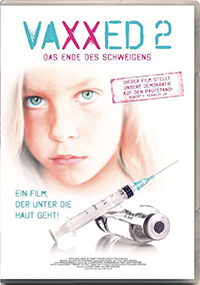 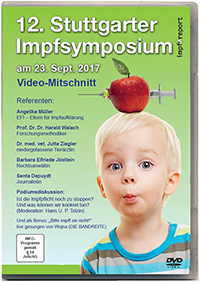